What is the Switzerland capital and currency? Switzerland is located in South-Central Europe and is surrounded by Austria, France, Germany, Italy, and Liechtenstein. Switzerland is a hilly country and is landlocked. Bern is the administrative capital of Switzerland, although Lausanne is where the country’s judicial core is located.

The small size of Switzerland, whose total territory is approximately half that of Scotland, and its modest population provide little sense of the country’s significance on the international stage.

Where is Switzerland located?

The country covers an area of 41,285 km2, which places it just below the size of the Netherlands and almost exactly twice as large as the state of New Jersey in the United States. Switzerland is a country in western Europe that is renowned for both its natural beauty as well as its way of life. It is a landlocked country that is comprised of towering mountains, deep Alpine lakes, grassy valleys that are dotted with neat farms and small villages, and thriving cities that blend the old with the new.

Switzerland is the nexus of the diverse physical and cultural geography of western Europe. Aspects of both have become catchphrases for the nation, the very name of which evokes mental pictures of the glacier-carved Alps, which are cherished by authors, artists, photographers, and those who like outdoor activities from all over the world.

Which City in Switzerland Serves as the Nation’s Capital?

Bern is the main city and the capital of Switzerland. Zürich is the major city in that region. German, French, Italian, and Rumantsch are the languages that are traditionally spoken in the various areas (cantons) of the country. Rumantsch is also a language that is spoken. After Finland and Denmark, the Swiss Confederation has been ranked as the world’s third happiest country, as stated in the World Happiness Report 2021.

What is Switzerland Known For?

The entirety of the nation might be considered a single vast tourist destination. Switzerland is known for its picture-perfect landscapes, which include a range of snow-covered mountains and ice-cold mountain lakes, melting glaciers, and alpine pastures that are ideal for use as downhill ski slopes during the winter months.

The passage of time results in four distinct seasons, each of which fundamentally alters the landscape. The nation is home to a number of bustling cities as well as several sleepy towns that are straight out of a Heimatfilm. There are twelve different UNESCO World Heritage Sites located in Switzerland. The meal is generally delicious, and the coffee is acceptable to drink. U.S.

News, a media outlet based in the United States, has consistently awarded Switzerland the title of “greatest country in the world” over the course of several years. The relatively small country is home to four official languages and has maintained the world’s most militarily neutral stance for the longest time.

What is Switzerland famous For?

About Switzerland Capital and Currency

In this section we know about Switzerland capital and currency along with population and language as well:

What is the Currency of Switzerland?

The Franc is the national currency of Switzerland, and the currency code for it is CHF.

The interaction of these air masses over Switzerland results in patterns of weather that not only shift depending on which air masses are involved, but also exhibit a significant deal of variance in temperature and precipitation because of the country’s topography.

Best Place to Live in Switzerland

One thing that is certain is that there is no one perfect place to live in Switzerland. Each region has its own unique charms and characteristics. It is important to do your research before making a decision about where to live in this beautiful country.

Switzerland is a landlocked country in Central Europe. It has an area of 41,285 square kilometers, and a population of about 8 million. Switzerland is bordered by Germany to the north, France to the west, Italy to the south, and Austria and Liechtenstein to the east. The official languages are German, French, and Italian. The Swiss currency is the Swiss franc.

So in the above article we discuss about Switzerland capital and currency along with weather, climate, famous place and so on. The Swiss Confederation is a federal state located in the heart of Europe. Bern is the administrative capital of Switzerland, although Lausanne is where the country’s judicial core is located. The small size of Switzerland, whose total territory is approximately half that of Scotland, and its modest population provide little sense of the country’s significance on the international stage. 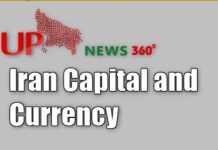 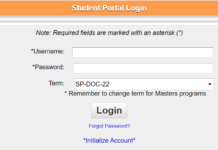