Education is one of the most important aspects of life, as it provides knowledge and skills that can be used to build a better future. Unfortunately, there are some flaws in the current education system that have resulted in a lack of access to quality educational opportunities for many.

Whether it is inadequate funding or an outdated curriculum, these flaws have hindered students from reaching their full potential. This article will explore some of these issues and suggest possible solutions to help improve the education system.

Education is the most important factor in achieving one’s goals. In contrast to the struggles of less developed countries to educate their entire populations, the industrialized world is nevertheless plagued by a defect in its own educational system.

The British wanted to turn India into a nation of education clerks and coolies, so they imposed their system on us. Independence came in 1947, but the government didn’t do much about India’s education system; it still has a lot of room for improvement. Indian education is currently on a turbulent ride, and the future is uncertain.

In primary school, attaining a 100 percent literacy rate is still a distant ideal, the most fundamental foundational step toward great education. More than half a billion individuals in India are still unable to attend school at the primary level. Tenth-grade exams are often the last time many kids in poorer countries attend school before they leave out.

What are the Flaws in the Education System?

Flaws of the Education System

The flaws in the education system are becoming increasingly apparent. From inadequate resources to overcrowded classrooms, the problems with the traditional education model are beginning to take a toll on students and teachers alike. With schools struggling to meet basic standards of quality education, it is no wonder that dissatisfaction levels amongst educators and families are on the rise.

Lacking fund is one of the biggest issues facing schools today. The lack of resources not only affects how much a school can offer its students, but also impacts the overall quality of instruction. Furthermore, many schools struggle with overcrowding as well; this means there are fewer available resources for individual students, resulting in less personalized attention and support in the classroom.

Make it possible for students who have already decided on a career path to get advanced training in that field as soon as possible. Some people may discover that their envisioned future employment isn’t what they actually want after all, whether it’s because they simply want to give it a shot or because they feel pressured by others to do so. Students who desire to change jobs should be able to do so without too much difficulty in the educational system.

Despite the fact that these improvements will take some time to implement, taking one step at a time will assist our next generation to fulfill their full potential. Even if these adjustments are costly to make, the benefits will undoubtedly surpass the costs. To be effective, education must be implemented correctly, and we must never stop working to improve it. 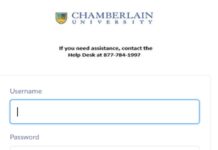 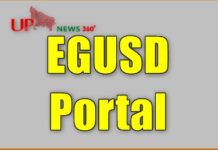 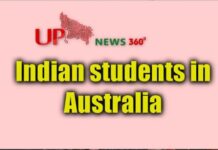